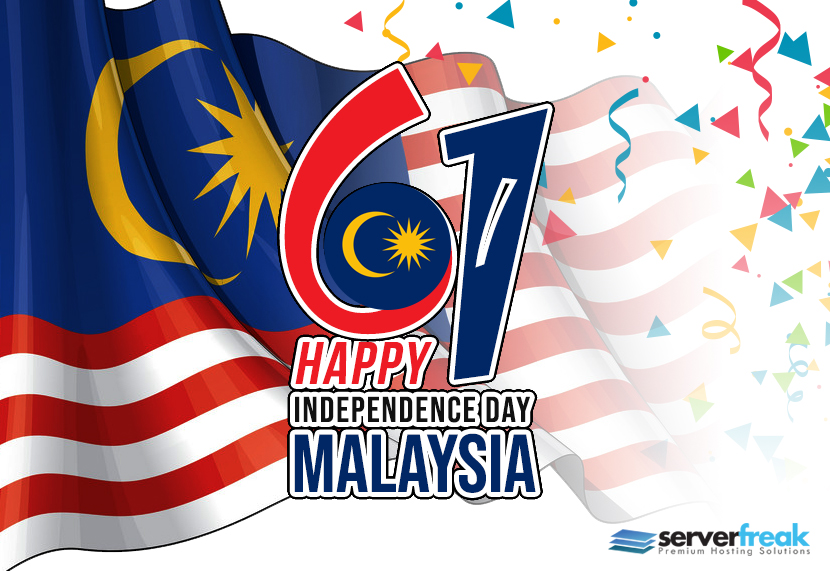 It is truly a blessing to be born in Malaysia because we have a rich culture and amazing exposure to different facets of life.

Celebrating another Independence day of Malaysia with high spirits. Wishing you Happy Merdeka Day from us #ServerFreakteam.

During this National Day, our technical support team is available to assist you 24/7 through our helpdesk. Please submit your ticket to support@serverfreak.com or submit a ticket directly from our website helpdesk!

Malaysians in general love to surf online and the most favourite social media sites they love to visit are Facebook and Instagram. Apart from these 2 social sites, do you know that Twitter is also another most used social media platform in Malaysia?

Based on the latest statistics released by Statista, we have over 2.2 million of Malaysians who have active Twitter accounts in the year of 2018 alone. This ­­staggering number is expected to reach 2.4 million by next year.

What does this data mean to you?

It indicates that you have a good chance of increasing your brand awareness among Malaysians by leveraging the popularity of Twitter. If your business is targeting the Malay audience, you now have all the reason to have your brand appear on Twitter. 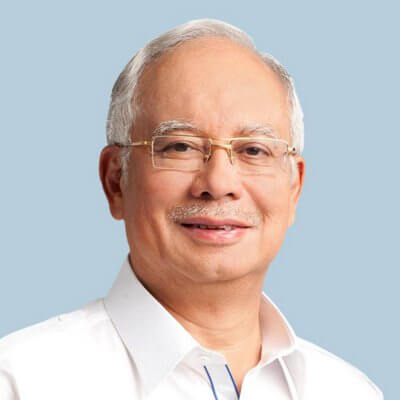 He’s our 6th Prime Minister and undoubtedly the most famous people in Malaysia amid the gossips and rumours about his style of managing Malaysia when he was still in power.  Although he has resigned as the Prime Minister of Malaysia, everyone still loves to keep receiving the latest news about him.

It seems that famous and powerful leader gets all the attention from its people. The former President from the United States of America, Mr. Barack Obama also has a huge following, with an estimated 104 million followers in his Twitter account – which is possibly one of the highest in the world. 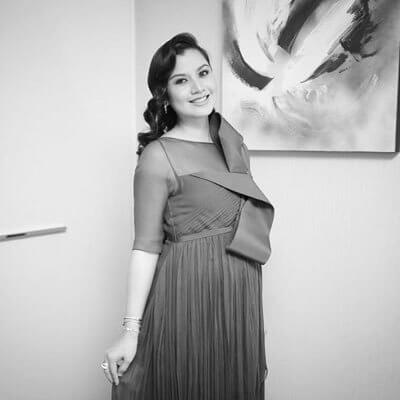 Lisa Surihani is a Malaysian actress, model, television host and commercial model.  It’s unbelievable to acknowledge the fact that Lisa has appeared in numerous feature films and television shows as well as TV commercials since the age of 11.

3 years ago, Lisa Surihani also won the Best Actress award in Anugerah Skrin for her role in Dendam Orang Mati.

Huh? Why is Air Asia ranked third in Malaysia?  The answer is simple. That’s because  everyone wants to book cheap flights, receive exclusive updates, and participate in Air Asia promotional contests.

Being a budget airline, consumers always want the most updated flight promotions, whether it’s during school holiday or festive seasons.

Let’s not forget the fact that Air Asia is very active on its social media marketing efforts. By leveraging the power of Twitter, Air Asia is constantly announcing new flight routes and limited promotions to keep their fans excited.

Zizan Razak first came to public notice back in 2007 when he participated in Astro’s Raja Lawak program and became the runner-up in the very first season of the TV show. Not satisfied with the runner-up results, he participated in Maharaja Lawak, which is another Astro TV show for budding comedians. Joining the Maharaja Lawak program is the correct decision for Zizan Razak because it helps to boost his popularity further. Ever since then, his career blossomed after participated in various TV reality shows and commercials.

He is the son-in-law of the fifth Malaysian Prime Minister Abdullah Ahmad Badawi. Famously known for his young and energetic personality, Khairy Jamaluddin was appointed as the Youth and Sport Minister in Malaysia back in May 2013 that lasted until May 2018.

Khairy is a well-liked Sports Minister and his active presence can be felt in sport events as he assists our Malaysian teams to make it to international competitions. He also introduced the Podium Programme to inspire Malaysian athletes to become world class beaters.

Currently, he is the MP for Rembau and actively contributing to UMNO, a major political party in Malaysia. 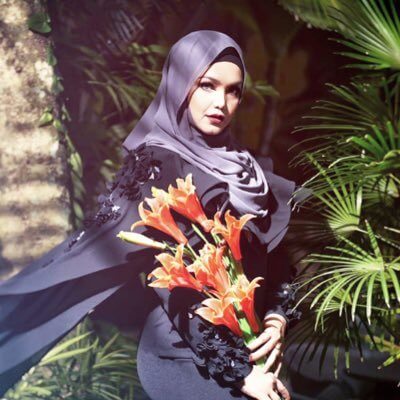 The “One and Only” and most recognizable songstress in Malaysia, Datuk Siti Nurhaliza is ranked 6th in our Twitter list. Currently, she has been listed as one of Malaysia’s richest, most-influential, most award-winning, and most single-produced artist.

She’s a very versatile singer. Apart from singing in Bahasa Malaysia, Bahasa Indonesia and English, she has also recorded songs in Chinese Mandarin and Arabic.

Her singing career is regarded by many as hugely successful since Siti has won many awards in Malaysia and on international level.

Yuna Zarai, whose full name is Yunalis binti Mat Zara’ai is a Malaysian singer-songwriter and businesswoman.

She is best known for her collaborations with Usher on her breakout single, “Crush” which peaked at number 3 on the US Billboard Adult R&B chart.

Currently embarking on a Europe Fall Tour this year, she is very active in music performance both nationally and internationally. 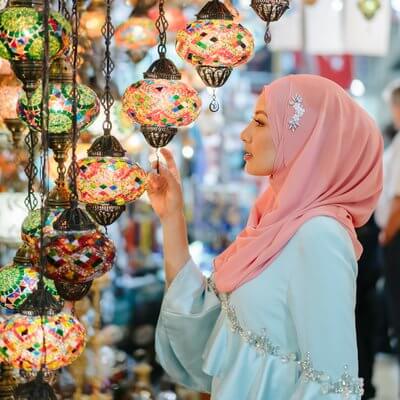 Noor Neelofa binti Mohd Noor, or famously known by her stage name Neelofa or Lofa, is a Malaysian actress, television presenter, a commercial model and an entrepreneur.

What makes Neelofa outstanding among her peers is the success of her online hijab store. Her hijab store, Naelofar Hijab is one of the premium branded stores in Malaysia. Due to her business success, Neelofa was named amongst ‘Forbes 30 Under 30 Asia’ in 2017.

Shaheizy Sam  bin Abdul Samad is a versatile actor in Malaysia. He gained much fame after starring in “Bohsia: Jangan Pilih Jalan Hitam” in 2009 and the “Adnan Sempit” box office in the following year.

Featured in over 30 films, he is a very successful actor in Malaysia, receiving many acting accolades.

Aaron Aziz is a Singaporean actor but made it big in our local entertainment industry. Some of the key movies that made him famous are Evolusi KL Drift 2, KL Gangster 2, Adam and Hawa, Ombak Rindu. He will be starring in three more upcoming movies: Sayu Yang Syukur, I Love You,Stupid! And Tyickoouns.

Once in a while you might have bumped into an Error 404 Page while surfing the web right?

Do you know why? Well, that’s because Error 404 page is triggered due to various reasons including typos, spelling mistakes or other unexpected things being out of your control.

However, general Error 404 pages are typically very simple and boring but there are some creative webmasters out there have managed to “spiced” things up with creative designs that will guarantee your visitors smile or even laugh.

Instead of writing in details, why don’t you enjoy what we have compiled here and have a good laugh at some of these funny error pages below?  Hope you like them as much as we do! 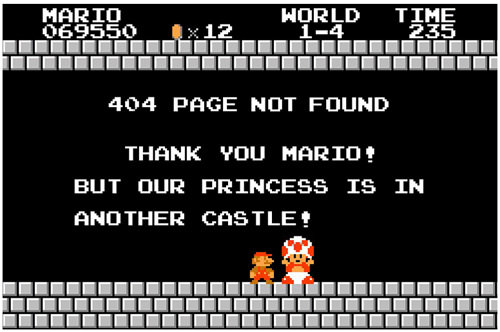 17. ParkPlace Dealership (Back to the Future…) All of us know that email marketing is probably today’s most famous method to advertise a product or service. Whether we asked for the contact or not, our email inboxes are filled with messages from individuals everyday who want our business. Email is today’s biggest communication factor, but why shouldn’t it be? That’s because it’s free to use and delivers instantaneously.

However there is one problem with email advertising that you may not think of very often: blacklisting. Your domain name or ISP will be blacklisted with just one complaint. If you are on the blacklist, all your emails will not getting through and neither is your advertising message.

So how big of a problem is this? Well, AOL which is one of the world’s biggest Internet Service providers, blocked a whopping 80% of messages to its subscribers due to blacklisting. The blacklisting can happen easily because it takes just one person who forgets that they signed up for your email newsletter and decides to complain even though your email could be the most legitimate message ever sent.  So what’s the negative effect from the blacklisting? The negative effect from blacklisting is slump in sales volume, which can be devastating for your business.

So how do you define a blacklist?  A blacklist is a database of known internet addresses (or IPs) that contains lists of sender domains and IP addresses of known and suspected spammers. Various Internet Service Providers (ISP) and bandwidth providers subscribe to these blacklist databases in order to filter out spam sent across their network or to their subscribers. Companies like AOL, MSN, and Yahoo all have very strict policies on spam, so many well-intended, legitimate emails never get through.

So how can you be sure you haven’t been blacklisted? Unfortunately, you really can’t be 100% sure.  You may be on someone’s black list and not even know it, and be added to and removed from black lists at the drop of a hat.  The only way to prevent being blacklisted unfairly is to use today’s technology to keep track of it all.  There is cutting-edge software technology available that checks all the major black lists like Spamcop, DNSBL, and SPAMHaus to ensure your domain or ISP hasn’t been added.

Taking a few moments to understand and solve your potential blacklisting problem can mean a world of difference in your bottom line.

If you have any questions regarding blacklisting or facing this issue at this moment, please feel free to reach out to us at ServerFreak for assistance.

Launched on February 4th 2004 by Mark Zuckerberg, Facebook is still the undisputed ‘king’ of social media platform in the world, and especially in Malaysia.  Malaysians in general are very much in love with this social media platform and spent more than 3 hours a day on Facebook, even beating our neighbouring countries such as Indonesia and Thailand!

Can you imagine that?

In fact, the popularity of Facebook is growing rapidly in Malaysia as suggested by recent studies.  In 2015 alone, the total of Facebook users in Malaysia had exceeded 10 million, and is expected to explode beyond 15 million in 2022. 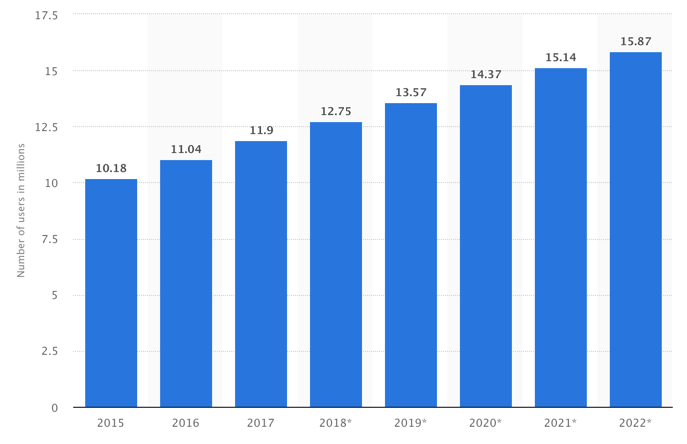 Well, guess what? We have all the data fresh from the oven and ready to serve!   Check out the full details below!

*All the rankings are obtained from Facebook Audience Insights on 1st of August 2018. 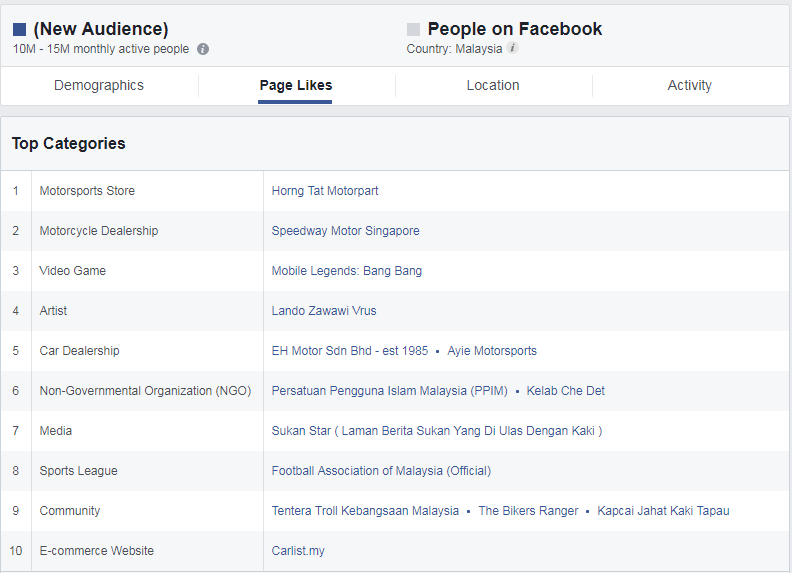 Based on the data above, we can conclude that Malaysian men love automotive, video games and sports.  You can see that the automotive niche occupies 3 spots in the top 10 fan page categories.

How can We Leverage This Popularity into Business Opportunities?

One thing we know for sure — products and services that are related to automobile or sports have high demand in Malaysia.

In order to make your business outstanding and stand out among the rest. you need to plan a content marketing strategy for your Facebook page that can attract the majority of Malaysian Facebook Men users – which is keep your fan page engaging by providing fresh new content i.e. post, pictures, videos or jokes etc. about the niche you’d like to focus. 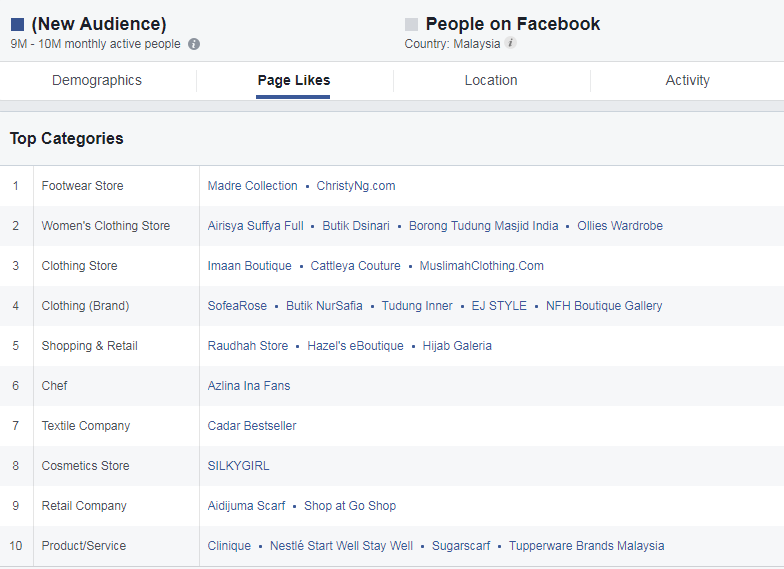 Based on the data above, it’s so obvious that Malaysian ladies love shopping very much – especially clothing!

Tudung/Hijab and Muslimah fashion occupies the top 5. One of the reasons is Malay women still has the highest population in Malaysia (around 60%).

It begs the next question: How can so many competitors in the clothing industry survive and maintain strong brand awareness in Malaysia?

The answer is innovation.

There is no doubt that the fashion industry offers a huge market and demand, but how to differentiate your brand from others is also a critical factor to success.

Believe it or not, all the above data can be obtained from Facebook for free!

Yes, you can be a “detective” today and obtain the data above by yourself by performing the 2 simple steps below:

That’s it! That’s all you need to do. It’s pretty much simple right?

If you need more in depth info, you can perform “Interest Targeting” on that same page. Interest Targeting is one of the most powerful features for Facebook and chances are high that you will discover your next “goldmine” niche or market.